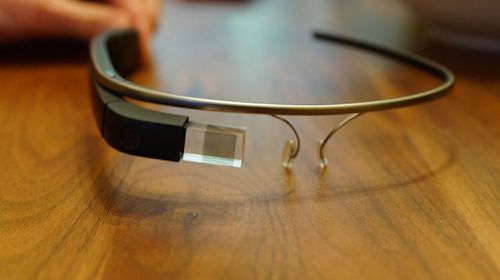 Some prototypes will look like ordinary glasses, but will be equipped with microphones, cameras and transparent displays. These glasses have not been listed as new products and will not be open to the public, but Google hopes to test the application of real-time translation or direction display to users in the glasses, especially in busy intersections and other environments.   These tests represent that Google has made significant progress in the development of augmented reality technology. Many people in Silicon Valley believe that this technology may bring major changes to the computing field, like previous smartphones and personal computers. Unlike virtual reality (VR), augmented reality superimposes computer-generated images on the real world, which immerses the audience completely in the artificial world or “metauniverse”.   By announcing plans for public testing, Google also tried to appease privacy concerns that led to the failure of Google glass nine years ago. Google glasses is one of the earliest augmented reality devices.   Google glasses is equipped with a front camera, and critics worry that users record videos of others without permission. People who wear Google glasses are not only abused, but even attacked in bars. In the end, Google changed the use of this glasses, focusing on commercial customers rather than consumers.   Juston Payne, Google’s product manager, wrote in a blog post about the new product: “it’s still in its early stages. We want to do it well, so we need to take our time and focus on ensuring the privacy of testers and people around them.”   Google said in a support page about the test: “these research prototypes look like ordinary glasses, have an in lens display, and have audio and visual sensors, such as microphones and cameras.”   The feature of this device is that when the glasses begin to record image data, the LED light will turn on. Google said that the glasses will not record videos or take photos for users to store and view later, but they may capture and use image data to perform functions such as identifying objects or displaying directions.   Google said that testers would not wear glasses in schools, government buildings, health care places, churches, protest sites or other sensitive occasions. The test will be conducted by “dozens of Google employees and selected trusted testers”, but the location of the test has not been revealed.   Google showed its augmented reality glasses at the developer conference in May this year, focusing on the real-time voice translation function, so that people can see the translated foreign language in front of their eyes. A Google employee called the glasses “world subtitles” during the demonstration.   Google is competing fiercely with other technology giants, including apple, meta and Microsoft, to launch the first next-generation augmented reality glasses. These four companies have invested billions of dollars in augmented reality software and hardware, hoping to make a breakthrough as soon as possible and build a new computing platform, but their current products have not become popular.   Sundar Pichai, CEO of Google, said: “when you can use them in the real world and are not hindered by technology, the magic will really be released.”   It is reported that Apple plans to release a hybrid reality device as soon as next year. Meta announced that it will launch an advanced hybrid reality helmet to support augmented reality later this year. Microsoft hololens is the most advanced augmented reality hardware that has been provided by large technology companies in the market.

Musk: the booster of SpaceX starship is not seriously damaged, and it can return to the launch pad as early as next week