According to futures daily, India is now the world’s second largest sugar producer after Brazil. Earlier, a large number of Brazilian sugar factories announced the cancellation of sugar export contracts.   Recently, more than 20 countries around the world have implemented a “ban” on grain exports. What is the impact of food export bans issued by many countries on global food security? Will food prices rise further?   India begins to restrict sugar exports   According to CCTV news, the Indian government announced on June 1 that, in order to ensure the domestic sugar supply and price stability, the total export volume of domestic sugar (including raw sugar, refined sugar and white sugar) will be limited from now on, and the total export volume during the 2021-2022 pressing season (October 2021 to September 2022) will be limited to 10million tons.   Due to the rise in international commodity prices, India’s consumer price index rose to 7.79% in April, the highest level since 2014. Driven by the rising prices of diesel oil and chemical fertilizer, the domestic sugar price in India shows an upward trend.   India is a major sugar producer and exporter in the world. The Indian Sugar Mills Association predicts that India’s sugar output will reach 35million tons in this pressing season, and the domestic consumption will be about 27million tons. With the inventory in the previous quarter, there will be a surplus of 16million tons. Some analysts say that India’s implementation of total sugar export restrictions is largely a preventive measure taken to deal with the rise in international sugar prices.   Since the escalation of the conflict between Russia and Ukraine, global food prices have continued to rise, climbing to the highest level for many years. Under the background of sanctions imposed by the United States and other western countries on Russia, the conflict between Russia and Ukraine is facing a long-term risk. The grain exports of Russia and Ukraine, two major agricultural countries, are blocked, exacerbating the global supply gap. In order to cope with the domestic supply shortage and price rise, some major agricultural product countries have recently successively introduced export restriction measures. Some experts warn that the current rise of global food trade protectionism will not help ease domestic food prices, but will further push up global food inflation.   A large number of Brazilian sugar mills 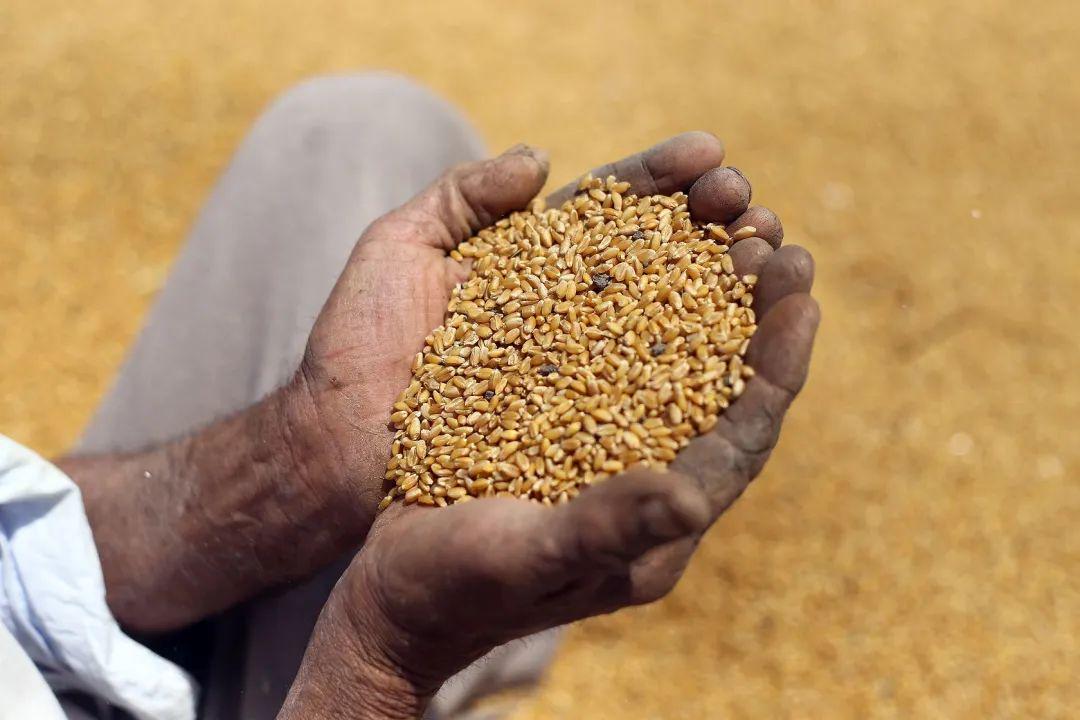 Cancellation of sugar export contract   According to the previous report of China Economic Net, in late May, the Brazilian sugar factory, the world’s largest sugar producer, cancelled the sugar export contract and decided to increase ethanol production, which attracted market attention.   According to Reuters, Brazilian sugar factories are canceling some sugar export contracts and shifting production to ethanol production in order to profit from high energy prices, which has raised concerns about the shortage of sugar market.   According to insiders, up to now, the total cancellation of Brazilian raw sugar exports is 200000-400000 tons. The trade director from an international sugar related enterprise said that Brazilian sugar factories would offset the cost of canceling orders with the proceeds from sugar to ethanol.   According to futures daily, when communicating with relevant market participants, the reporter learned that recently, the market has attached great importance to the sugar production situation in Brazil, especially in the central and southern part of Brazil, which is an important sugar production area. Its frequently changing sugarcane crushing data and sugar output increase and decrease have had many impacts on the global sugar price.   Relevant data show that due to high energy prices, the number of sugarcane used by Brazilian sugar mills for ethanol production recently is significantly higher than expected, which will reduce the global sugar supply. Market participants believe that the sugar price needs to rise to a level higher than the price of ethanol in order to promote the increase of sugar production. Brazilian sugar mills have some flexibility to allocate sugarcane to sugar production or ethanol production according to market prices. Boosted by high energy prices, the market expects sugar mills to turn some sugar cane to ethanol production.   According to the data released recently by Unica, the Brazilian sugarcane industry association, 23.823 million tons of sugarcane were crushed in central and southern Brazil in the second half of April 2022, a year-on-year decrease of 19.72%; The sugar production was 934000 tons, a year-on-year decrease of 38.71%; Ethanol production decreased by 15.79% year-on-year to 1094million liters. The sugar factory used 37.2% of sugarcane to produce sugar, which was 44.51% in the same period of the last pressing season. According to the preliminary survey data of 30 sugar mills conducted by Brazilian sugarcane Technology Center (CTC), the unit yield of sugarcane in April 2022 was 81.2 tons / hectare, a slight increase of 1% over the same period.   In addition, it is understood that by the end of April, 180 sugar mills in Brazil had been opened, still lower than the 207 in the same period last year. It is expected that another 57 sugar mills will be opened in the first half of May. As of May 1, 2022 / 2023, central and southern Brazil has crushed 29.11 million tons of sugarcane, a year-on-year decrease of 35.8%, produced 1.066 million tons of sugar, a year-on-year decrease of 50.6%, produced 1.489 billion liters of ethanol, a year-on-year decrease of 26.85%, the average sugar production ratio was 35.42%, 42.67% in the same period of the previous pressing season, and the average sugar yield (ATR) was 108.46 kg / T, lower than 117.02 kg / T in the same period of last year.   More than 20 countries have issued “bans” on grain export 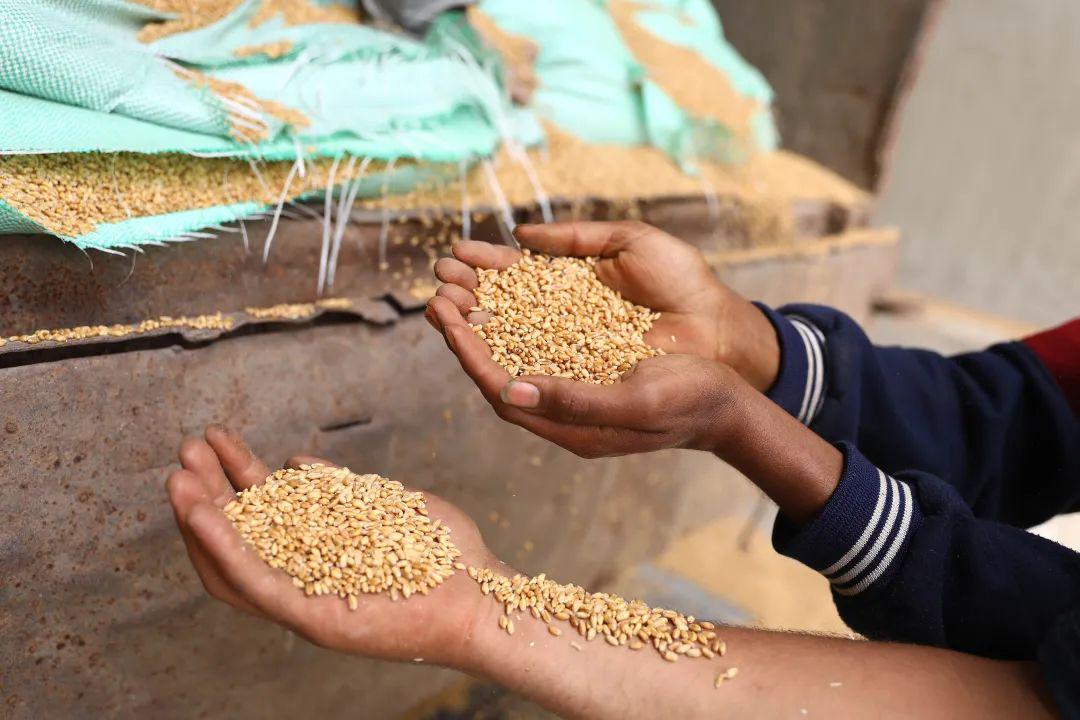 According to chinanews.com, according to the statistics of the International Food Policy Research Institute (IFPRI), as of May 28, more than 20 countries around the world, including Argentina, Kazakhstan, India, Indonesia, Malaysia, Morocco, Turkey and Hungary, had implemented export restrictions on food, including wheat, corn, flour, tomatoes, vegetable oil and beans.   Analyzing the reasons why many countries have recently adopted grain export bans, liguoxiang, a researcher at the Institute of rural development of the Chinese Academy of Social Sciences, told reporters that some time ago, affected by the conflict between Russia and Ukraine, the rise in global grain prices and other factors, some countries saw a sharp increase in grain exports in the short term, and some of them saw the adverse impact of this trend on their grain supply, In addition to the current sharp fluctuations in the international grain market and the impact of extreme high temperature weather events, some countries began to take measures to restrict exports, such as India and Indonesia.   Statistics show that after the escalation of the conflict between Russia and Ukraine in February this year, the global food supply chain was tight. Stimulated by prices, Indian wheat exports surged. In April, 1.4 million tons of wheat were exported, a record. India’s private grain traders purchased a large number of wheat, leading to the rising domestic grain prices in India. At the same time, in March, India suffered a rare high temperature weather, which coincided with the Indian wheat harvest season, and the wheat output is expected to be affected. After assessing the above adverse factors, the Indian government made a decision to ban wheat export on May 13.   In recent years, affected by the COVID-19 and the frequent occurrence of extreme disastrous weather, the international food price has continued to rise, and by the end of 2021, it has climbed to the highest price in the past decade. Since 2022, the conflict between Russia and Ukraine has broken out. As Russia and Ukraine are major global grain producers and exporters, the two countries account for 25% of the global grain supply. The epidemic and local conflicts have also pushed up the global energy price, pushed up the logistics cost, and further impacted the food supply chain. The global food security situation has become “worse”, and the international food prices have further risen.   Recently, the United Nations issued the 2022 global food crisis report, warning that mankind may face the biggest food crisis after World War II. As many as 1.7 billion people are suffering from poverty and hunger, which is equivalent to two out of every 10 people do not have enough to eat.   How will the recent ban on grain exports in many countries affect international food security? What will be the trend of international food prices? Liguoxiang said that Russia and Ukraine are major grain exporters in the world, and Russia is also an important fertilizer exporter in the world. Due to the sanctions imposed by western countries on Russia, Russian agricultural products cannot enter the international market. In a short time, the international grain trade order has undergone drastic changes, and the international grain supply has formed a structural hard gap. At the same time, due to the continuation of the conflict, Ukraine’s grain production has also been greatly affected, Ukrainian grain production is expected to decrease. This kind of hard gap will take some time to adjust, and the adoption of food export measures by many countries has limited this adjustment. It is expected that the recovery of global food supply to balance will be further extended, and the high operation time of international food prices is also expected to be prolonged.