It is said that the recruitment of some teams will slow down next year, and Apple will also save money Google plans to publicly test ar glasses again. Someone wearing “Google glasses” was beaten that year
On May 31, Tim Dodd, a rocket science blogger, released his latest video to show his dialogue with elonmusk, the founder and CEO of SpaceX.   During this process, musk disclosed the technical details of SpaceX’s next-generation satellite chain Gen2 (or V2.0), and confirmed that the new satellite is far better than the first generation satellite v1.0 in almost all aspects. Musk revealed that SpaceX has built at least one available prototype of Starlink v2.0 satellite and transported it to the Starship factory in South Texas, where it is currently storing. 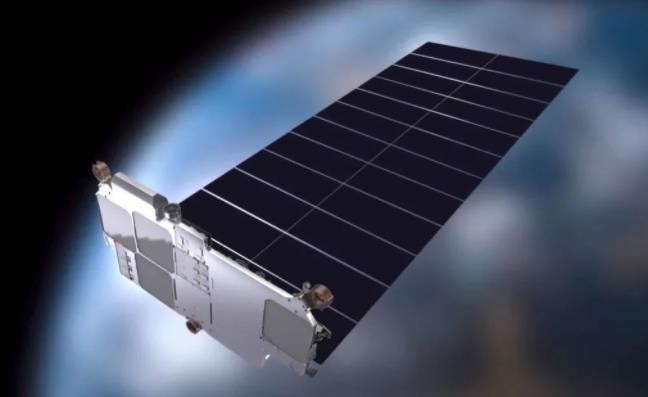 More importantly, musk also provided the design specifications of the next generation satellites: each v2.0 satellite in the star chain will weigh about 1.25 tons (three to four times) and be about 7 meters long. Compared with the v1.5 satellite that will eventually be replaced, the performance will be comprehensively improved. In terms of useful data throughput, the new satellite is almost ten times that of the latter.   As early as August 2021, it was speculated that, just like the Falcon 9 rocket, SpaceX would also try to optimize the design of its next-generation satellite chain to maximize the launch performance of the Starship.   In the application document for the latest Nova chain v2.0 satellite, SpaceX disclosed that the structure design of the star chain network optimized for the Starship will be improved, so that the rocket can launch the satellites required for the entire orbital plane at one time, that is, the satellite ring evenly distributed around the earth.   SpaceX said that in the improved design, except for about 500 (1.5%) of the nearly 30000 satellites, all other satellites will be launched using spacecraft capable of carrying 110 or 120 satellites. Coupled with Musk’s estimate of 150 tons of low earth orbit (LEO) payload of the starship, this means that the weight of the optimized star chain V2 satellite may reach 1250 kg.   In this way, the weight of each satellite chain v2.0 may be about 3 times that of the current v1.5 satellite, but the throughput is 5 to 10 times that of v1.5. Coupled with more large-scale mass production, this may explain the prediction in Musk’s leaked memo. The memo implies that star chain v2.0 will be more sustainable and profitable than v1.0 or v1.5.   Musk has now made it clear that each v2.0 satellite will weigh about 1.25 tons. The weight of v1.0 and v1.5 satellites is about 260 kg and 310 kg respectively, which means that the weight of v2.0 satellites will be about four times that of v1.5 and less than five times that of v1.0.   Musk also disclosed that the performance of v2.0 satellite will be “one order of magnitude higher than v1.0”, but he refused to describe v2.0 according to the traditional method (bandwidth or throughput) to measure the performance of communication satellites, although the total bandwidth of v1.0 satellite is believed to be 18 Gbps.   So far, it is not clear whether the satellite link v1.5 satellite has also increased more bandwidth. However, compared with the earliest v1.0 satellites, each v2.0 satellite may increase the bandwidth of about 140-160 Gbps for the space-based network composed of 30000 satellites. If true, this means that compared with v1.0, satellite link v2.0 will pack about twice the available bandwidth into a given satellite mass unit.   In addition, the launch performance of the Starship for low earth orbit is 10 times that of the Falcon 9 rocket. Theoretically, the total network capacity of the star chain that can be expanded by a single launch of the starship is about 20 times that of the Falcon 9 rocket. For example, each time the Falcon 9 rocket launches 60 260 kg satellite v1.0, this can increase the instantaneous bandwidth of about 1080gbps for the satellite network. The launch of 120 star chain v2.0 satellites weighing 1250kg by the Starship can increase the bandwidth by about 19000 Gbps.   Despite these great advantages, SpaceX still faces many challenges in launching v2.0 satellites. If the U.S. Communications Commission (FCC) approves the company’s application, SpaceX will need to launch half of its satellites within six years, equivalent to launching 130 starships, an average of about 22 times a year.   In contrast, since the start of flight in 2010, the Falcon 9 rocket, which is ten times smaller than the Starship and less reusable, will not achieve the goal of launching 22 times a year until 2020. To achieve the launch rhythm required by v2.0 satellite, SpaceX must launch the largest rocket ever at a very high frequency and ensure that there is almost no failure during the launch process.   While the challenges may be daunting, the potential rewards are equally high. The network composed of 30000 satellite chain v2.0 satellites can provide a total bandwidth of about 1250 TBPs for land (excluding Antarctica) at any given time. Even if half of the bandwidth is required for backhaul and routing, this is a huge progress compared with the total installed bandwidth of global Internet infrastructure of 600 TBPs in 2020.   At any point on the earth, the number of satellites that can be used at the same time is always the bottleneck restricting the satellite chain network, so the network can never compete with the ground network with the same installed capacity. But it is certain that if SpaceX can build and launch the satellite chain V2.0, it will be able to provide services to tens or even hundreds of millions of users anywhere on the earth. (small)