It is said that the recruitment of some teams will slow down next year, and Apple will also save money Google plans to publicly test ar glasses again. Someone wearing “Google glasses” was beaten that year
Tesla CEO Elon Musk once again praised China. On May 30, musk posted a microblog saying that “few people seem to realize that China is leading the world in renewable energy power generation and electric vehicles. No matter how you look at China, this is true.” 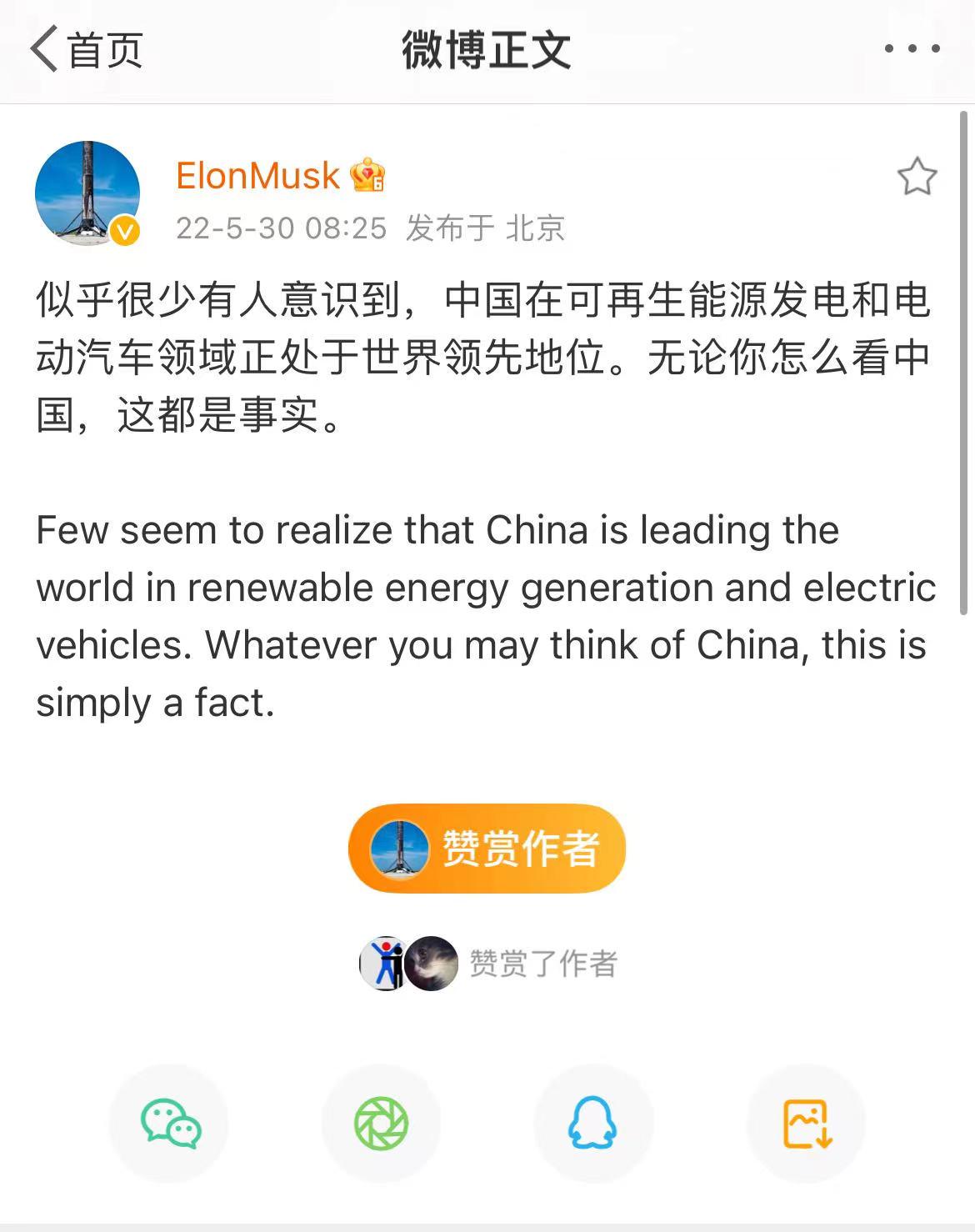 A few hours ago, twitter user world of statistics released a “top 15 list of global wind power installed capacity”. The list shows that China ranks first with 328973 MW, while the United States ranks second with 132738 MW, less than half of China. Musk tweeted that China leads the world in renewable energy power generation and electric vehicles. 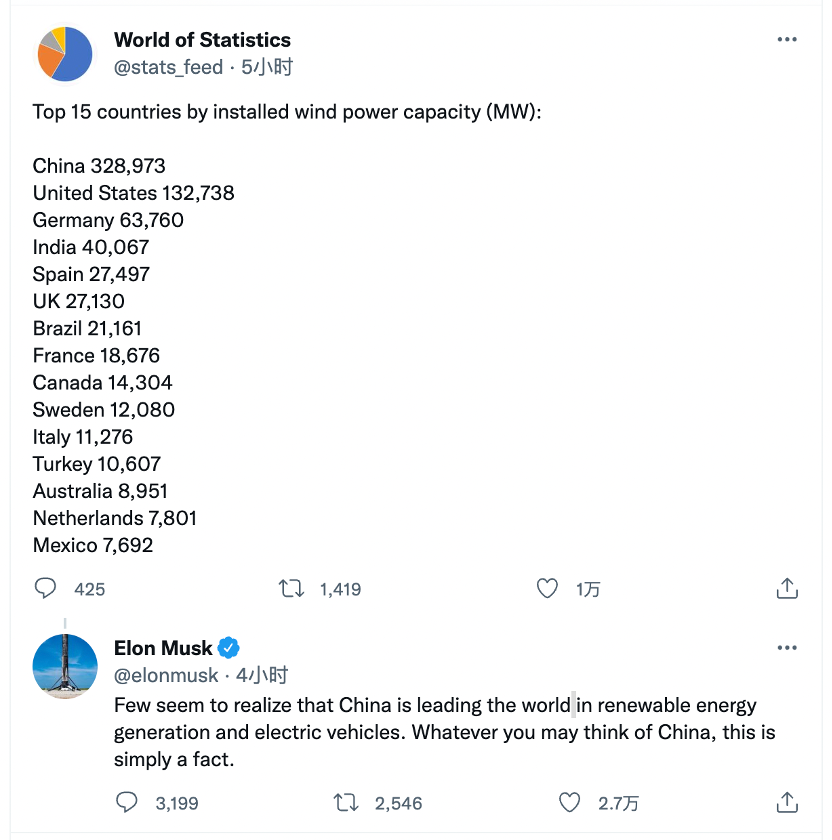 Musk was dubbed “the leader of China’s boasting group” by many netizens. Just two weeks ago, when responding to the question about the acquisition of twitter, musk also praised the wechat model. “If you are in China, you basically have to rely on wechat to live. Wechat has powerful functions, similar to Twitter and paypal payment, plus other functions. These functions are integrated. The interface is also great, which is really a good app.”Set featured image Of course, the content musk likes most often is related to Tesla. On May 11, musk said in an online dialogue held by the financial times, “there are many very talented and hardworking people in China who believe in manufacturing. They not only stay up late, but also work conscientiously at 3 a.m. and even don’t leave the factory at all. Americans try not to go to work.”   Tesla Shanghai Super factory is the main export center of Tesla in the world. Last year, Tesla Shanghai Super factory delivered more than 160000 vehicles to the overseas market, meeting the needs of more than 10 countries and regions in Europe and Asia.   It is reported that Tesla Shanghai Super factory officially resumed production on April 19. From January to April this year, Tesla Shanghai Super factory delivered more than 180000 vehicles. The Pudong New Area Science and Technology Commission recently revealed that from May 24, the daily output of Tesla’s Shanghai plant in Pudong port has reached 2600 electric vehicles.   Musk previously said that Tesla Shanghai Super factory has recovered its “quite high level” production capacity and is expected to produce 1.5 million vehicles this year, an increase of more than 50% over 2021.