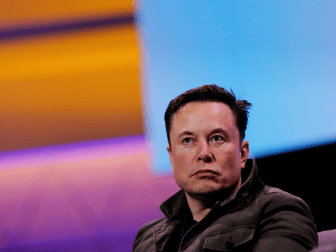 SpaceX has launched the early prototype of the upper half of the Starship system to a place about 6 miles (about 9.66 kilometers) above the ground several times, but never launched the full version of the Starship system nearly 400 feet (121.92 meters) high into orbit. This is a more challenging task.   The company plans to conduct its first orbital flight test at the end of this summer, aiming to achieve a long delayed key goal in the rocket development process, but Monday’s accident raised concerns about whether SpaceX could complete the test as planned.   The Federal Aviation Administration (FAA), which oversees the safety of rocket launch and re-entry, said it had “close contact” with SpaceX after the explosion. However, since the explosion did not occur during the official launch activities, the FAA said it would not launch a formal investigation.   Musk previously said that SpaceX transported the super heavy booster back to the high cabin to conduct a more careful inspection of the 33 rocket engines it carried.   Musk also tweeted on Wednesday that if the test is successful, the orbital flight test of the Starship system can be carried out “as soon as next month”.   The Starship system is the core space equipment for musk to deliver human and cargo targets to the moon and Mars. Last year, the National Aeronautics and Space Administration (NASA) selected the Starship system to send astronauts to the surface of the moon.   SpaceX developed the Starship system at its huge facility in boccachica, Texas, and plans to send the Starship into space from the launch pad in Cape Canaveral, Florida in the future.