新木優子 牧野澪菜
Recently, on some social media platforms, some we media have released a message with similar content, saying that India’s population has surpassed China’s population in March and become the world’s most populous country.   We found that most of these we media quoted the same screenshot, which showed “a historic moment in the history of world population! On March 4, India announced the demographic results of 2021. India’s population reached 141565 million, officially surpassing China’s population of 1412.6 billion in 2021, leading by about 3 million people and becoming the world’s largest populous country”. 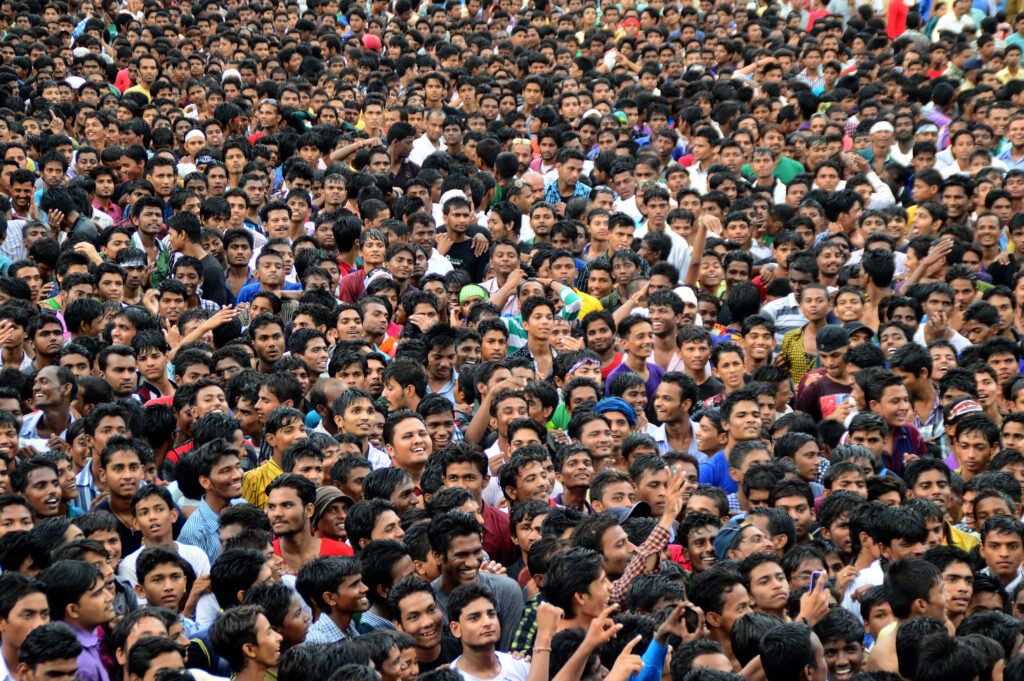 Where does this data come from?

After investigation, this data is not officially released by the Indian government, but from an Indian medical information website called “medindia”. There are many problems in data sources and calculation methods.   On the page of “Indian population clock” on the “medindia” website, there is a blue real-time updated block. As of around 6 p.m. Beijing time on March 6, 2022, it shows that the population of India is 1.415 billion.   Vaishali gokulakrishnan, the developer of the web page, said that the dynamic Indian population clock is a real-time clock for predicting the Indian population, which is constantly updated every second according to the country’s birth rate (19.3 per 1000 people) and mortality rate (7.3 per 1000 people). However, the reference page of the article shows that the data of “Indian population clock” on this page is from countrymeters Info statistics.   However, the comparison shows that the data of the two pages are inconsistent: the medindia page shows a large population of India, and the country meters The info page is less.

There are no official figures on India’s population

It is worth noting that the Indian government has no official data on the current population of India. India had planned to conduct a 10-year census in 2021.   However, according to the India express, India’s federal interior minister, Nityanand Rai, said the intention of the government to conduct the 2021 census was announced in the India Government Gazette in March 28, 2019. However, due to the outbreak of COVID-19, the census and related on-site census activities were postponed until further notice was issued.   According to the United Nations, India’s population will be 1.38 billion in 2020.   According to first finance, Indian media often quote the data of worldometer, a well-known world real-time statistics website, when reporting Indian population data. On March 7, the website showed that India’s current population is about 1.403 billion. According to Indian experts combined with United Nations data, India’s population is expected to reach 1.407 billion in 2022.   Neither of the above two data exceeds the latest published population data of China.. According to the announcement of China’s National Bureau of statistics in January 2022, the national population at the end of 2021 was 1412.6 million (including the population of 31 provinces, autonomous regions and municipalities directly under the central government and active servicemen, excluding Hong Kong, Macao and Taiwan residents and foreigners living in 31 provinces, autonomous regions and municipalities directly under the central government), an increase of 480000 over the end of 2020; The annual birth population was 10.62 million, 1.4 million less than that in 2020; The death toll was 10.14 million, an increase of 160000 over 2020. The birth rate was 7.52 ‰, 1.00 percentage points lower than that in 2020; The population mortality rate was 7.18 ‰, a slight increase of 0.11 thousandth point.   Even based on the 2020 Indian population data (1.38 billion) of worldometer, India’s population needs to grow by more than 33 million in 2021 to surpass China’s population. According to the statistics of the website, India’s population growth rate has been declining in recent years.

What are the demographic data of India

According to worldometer statistics, India’s population in 2020 was 1.38 billion, an increase of 0.99% over the previous year, the birth rate was 2.24%, a decrease of 0.12 percentage points over the previous year, and India’s urban population accounted for 35% of the total population.     India’s Ministry of health released the fifth national household survey report of India (2019-2021) in December last year, which showed that India’s total fertility rate had fallen to 2.0. The total fertility rate refers to the average number of children a woman gives birth to during her childbearing age. It is generally believed that if the total fertility rate is lower than 2.1 for a long time, population replacement will not be realized and the population will enter the downward channel.   At the same time, in India, the fertility rates of different states are also very different. Like many economic and social indicators, there are obvious North-South differences. Take the southern state of Goa, India’s most urbanized state, for example. In this survey, the local total fertility rate is 1.3, which is exactly equivalent to China’s total fertility rate in 2020. In the northern state of Bihar, the total fertility rate is as high as 3.0.   It is worth noting that the average age of the Indian population is low, at 28.4 years.   According to Huang Yinghong, a professor at China business and economics, India’s Jindal global university, the current population structure of India is relatively young, but this may not be an advantage. “If the population wants to turn into a dividend, it must have a good education, an industry, and enough social respect and freedom.” He believes that if India wants to accelerate development, it needs to do the above work well, rather than taking the advantage of having a large young population and cheap labor force.   Some Indian experts warned that by 2035, the proportion of India’s elderly population in the total population will rise significantly, the population structure will no longer be pyramid shaped, and the window of demographic dividend will end at that time; It is estimated that the total population will reach a peak of 1.6 billion around 2050, and India’s population will shrink significantly by 2060.   On November 4, 2020, the article “this is how the populations of India and China have changed since 1800” published on the official website of the world economic forum predicted that China’s population has been larger than that of India for more than 300 years, but this situation may change as early as 2026.   A UN report said in 2019 that India’s population is expected to increase by nearly 273 million between now and 2050 and is expected to overtake China as the world’s most populous country by 2027. India will remain the most populous country by the end of this century, the report said.